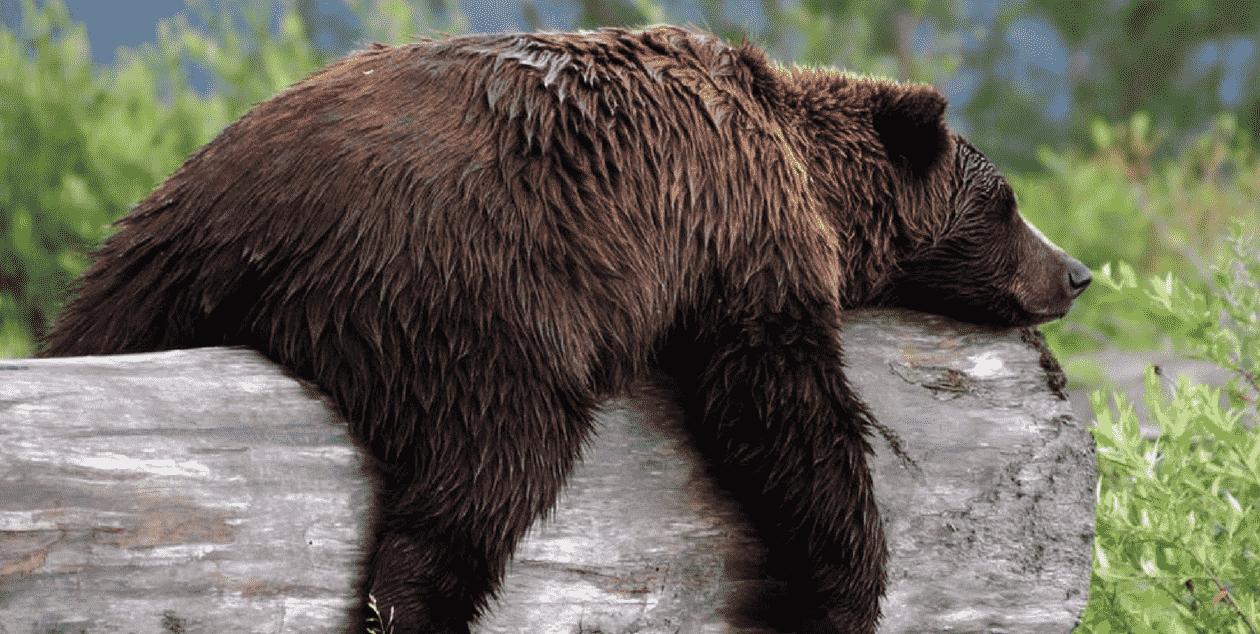 Last week we saw a useful example of how yield curves move with the release of the RBA’s Monetary Policy Statement.

When bonds of different tenors but with similar characteristics, such as government bonds, are compared, the result is referred to as a Yield Curve. The Yield Curve can therefore describe the term structure of rates. Chart 1 shows a simplistic example of how the yield curve changed during the week (13 – 19 July 2017). 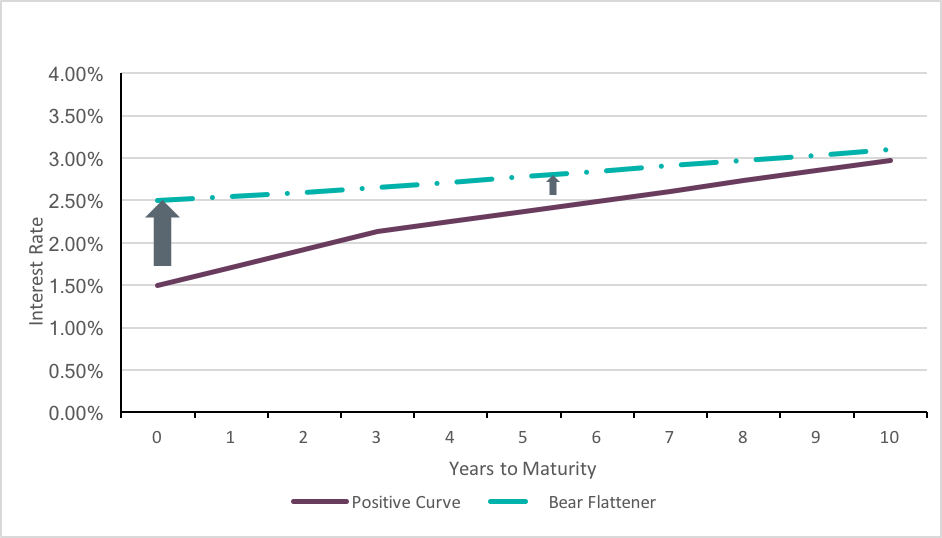 When bond yields rise (prices fall) it is described as a bearish movement. When yields of short dated bonds rise by more than a longer dated bond we call it a bear flattener.

The RBA raised the subject of neutral interest rates being 3.5% (2% above the current RBA cash target). The market took this to mean rates would rise. However, it is possible to interpret the change in the yield curve shape being a bear flattener. This would mean that the RBA would keep long term inflation under control so the longer term bonds were less affected (in yield terms) than shorter dated bonds.

Chart 2: Change in Yield for each Maturity / Tenor 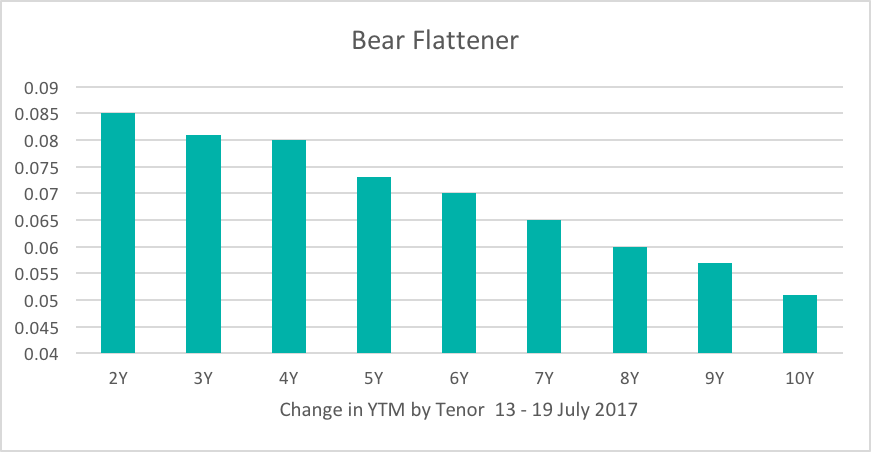 Note: These movements are relatively small. The RBA played down the significance of the discussion on neutral rates and the market essentially reversed these movements.

Price and yield – an inverse relationship