A tale of two curves: Why there is value in 3 year bonds 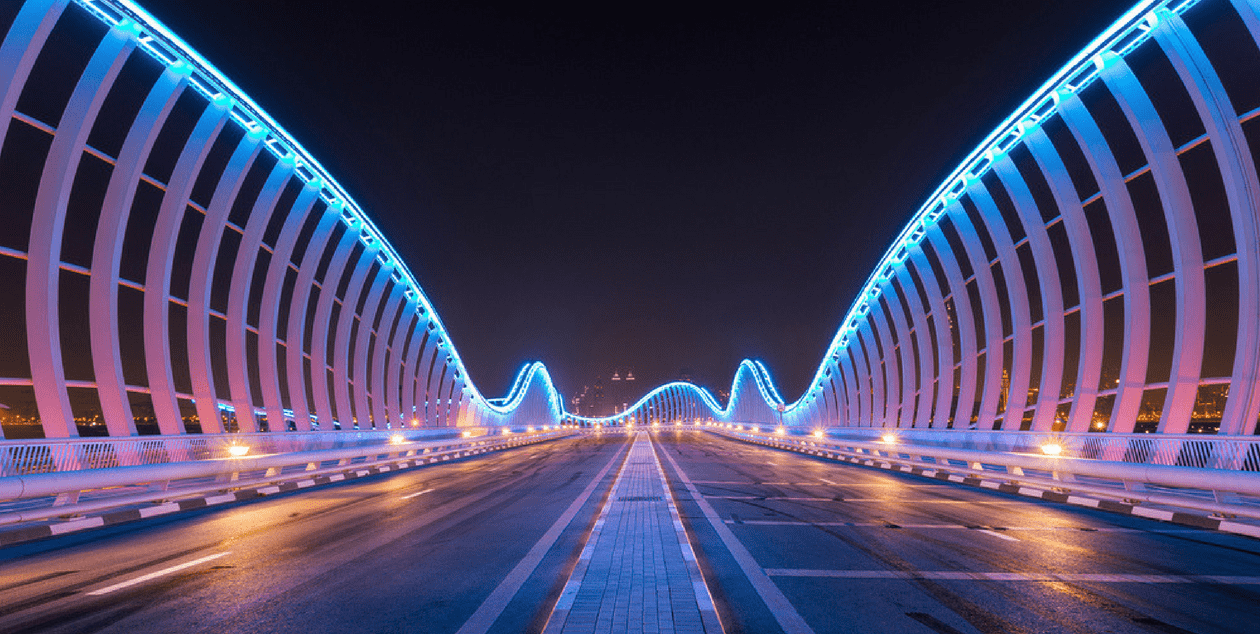 The key reasons why people invest in fixed income can be defined as:

The analysis below aims to provide a simple model for valuation. In doing so the assumptions are basic and over simplified, they could be refined in a longer study of the subject.

The US 10 year market

In the US the market is repricing the economic impact of the new administration.

It is quite possible that the US 10s may move higher in yield.

But what about value in 3 year bonds?

My third assumption is that the pricing of Australian 3 year government bond (AUS 3s) is a function of:

Chart 1 shows the purple line which is actual YTM of government bonds at different maturities. This is called a yield curve.  The green line is a simple linear interpolation between the RBA rate vs AUS 10yrs. Please note bond academics would never use such a simplistic method for valuation, but it gives us a guide. 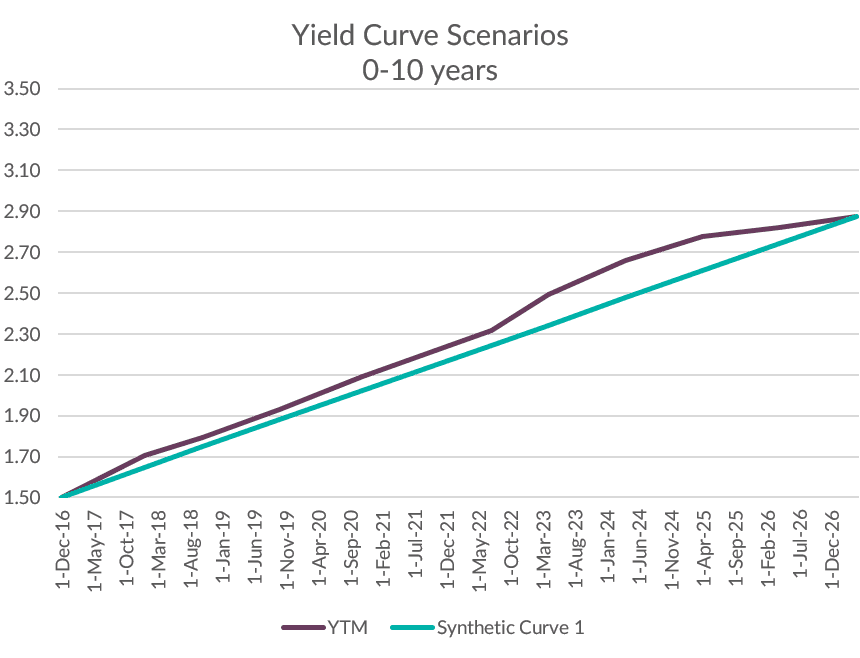 What about the RBA?

The current market pricing assumes there is a small possibility of a cut by the RBA during 2017.

Therefore, I make a fourth assumption that the RBA is on hold for 12 months.

What happens to AUS 3s if AUS 10s move and RBA is on hold?

In chart 3 the grey line or synthetic curve 2 represents this new yield curve. Chart 4 is the same data but simply out to 3 years to show the magnitude of the movement.

The benefit of carry

As the AUS 3s get closer to maturity they will also get closer to the RBA rate of 1.50%. If nothing changes your 3 year investment does not change and you have captured the carry in favour of a higher YTM.

Investors would have been rewarded for investing in a 3 year bond instead of holding a shorter dated investment.

So how steep has the curve between RBA and AUS 3s been?

The top half of chart 5 plots the generic AUS 3s and the RBA rate.

The bottom chart is the spread between the RBA rate and AUS 3s. The same data but expressed as a spread. 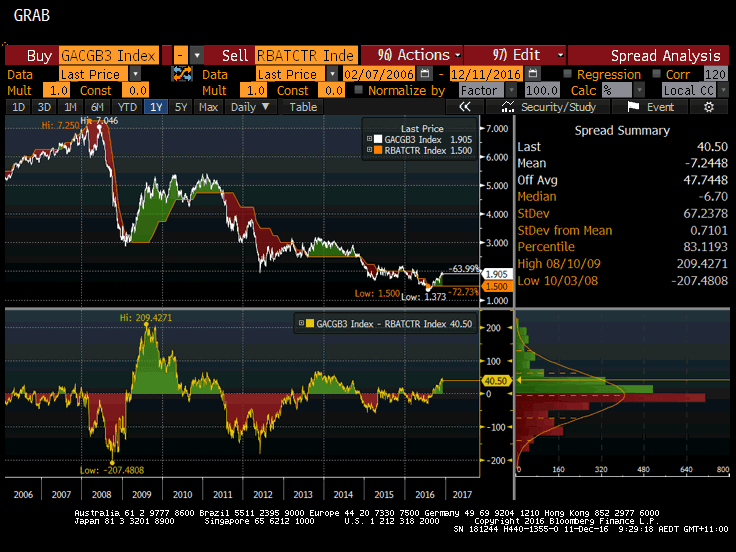 A tale of 2 yield curves:  How to invest even though rates may rise

The AUS 10s and longer dated bonds have plenty of scope for movement.

The AUS 3s however can be seen as having value while the RBA rate is priced to be on hold. This is why commentators are discussing investing in shorter dated bonds rather than longer dated bonds.

Call us to discuss this article and how it affects your investment portfolio.

This article first appeared in Yield matters on 13 December 2016.